The History of the Toothbrush

Before traditional toothbrushes ever existed, ancient civilizations most likely used their index finger to clean their teeth, if at all. Evidence of a “tooth powder” used by ancient Egyptians as far back as 5000 BC have been found that was made from ox hooves, eggshells, and pumice.

The closest thing to toothbrushes as we know it was a primitive version that users would call a ‘chewing stick’. These sticks were used to clean teeth between 3500-3000 BC and were sometimes fashioned out of aromatic trees to freshen breath and sharpened at one end to use as a pick.

The Chinese developed the first ‘brush’ as suggested by writings around 1200, that monks used horse-tail brushes to clean their teeth. Over time, different brushes were used with different animal hairs, from boar, to horse, to goose feathers.

The first real mass-produced toothbrush was invented in 1780 by a man named William Addis. While in prison, he drilled holes in animal bones and tied and glued hair to it, and used it to clean his teeth. When he got out of prison, he turned it into a very successful business.

Wisdom Toothbrushes is still around to this day, and the toothbrush he invented became the ones we use every day. The main difference is in 1937, Du Pont Laboratories invented nylon, which replaced animal hair bristles.

When Did Electric Hit the Market?

Although it technically did not use electricity, in 1880 an English doctor named Dr. Scott created a magnetized vibrating toothbrush that was advertised as electric. This model didn’t gain any traction with the public, but manual toothbrushes continued to rise in popularity.

In 1954, Dr. Phillippe-G Woog invented the first real electric toothbrush in Switzerland. Marketed under the name Broxodent, it was plugged into a standard outlet and ran on live voltage.

In 196, a cordless and rechargeable model was invented by General Electric, which had an upright charging stand which modern brushes use today. This model also used internal batteries, which was deemed safer than the original Broxodent.

Which is Better for Your Oral Health?

Both electric and manual toothbrushes can remove plaque that causes tooth decay and gum disease. When used properly, both can promote good oral health.

The benefit of using the classic manual toothbrush is that you can find one almost anywhere, from the gas station to the grocery store. They are also very affordable, and may only put you back a few dollars if you find yourself in need.

Manual toothbrushes can cause users to brush too hard, according to one study, which can damage the gums and teeth.

Electric toothbrushes were originally designed for people that have mobility issues, such as the elderly, or those with various disabilities. They are easier to use due to the vibrations and rotating or moving bristles that help brush away plaque from the teeth and gums.

Electric toothbrushes also cause less waste, as when it comes time to replace the worn-out bristles, you only have to replace the head versus the entire brush. Some also have built-in timers, so you know exactly how long to brush for.

The biggest downside of an electric toothbrush is the cost. Due to the technology involved in an electric brush, new ones can cost up to $250. Additionally, replacement brush heads can be quite pricey, especially since they should be replaced every 3 months.

Why is Brushing Important?

Ultimately, the best toothbrush, electric or manual, is the one you use regularly. Brushing your teeth daily can help greatly reduce the risk of gum disease and cavities due to plaque build-up. It is important to brush your teeth at least twice a day, and after meals to avoid food buildup which can cause cavities.

How to Properly Brush Your Teeth

The first thing to take note of to ensure proper teeth brushing is to choose a brush that fits your mouth and allows you to reach all of your teeth. Additionally, make sure you are choosing a toothbrush with soft bristles, as hard-bristled toothbrushed can damage your tooth enamel and gums.

Using fluoride toothpaste is beneficial to protect the enamel on teeth, and holding the brush at an angle helps to brush away tartar buildup around the gums and between teeth. Make sure to brush the front, back, and chewing surfaces of the teeth for around 2 minutes. It is also important to brush the tongue to remove any bacteria buildup and keep breath fresh.

Floss at least once per day to ensure no food particles are stuck in between teeth. If you experience any bleeding or pain, talk to your dentist. Proper oral hygiene and brushing habits are important, but it is also good practice to visit your dentist for an exam and cleaning every 6 months to catch any issues early on and prevent disease.

Visit Us in Downtown Calgary

Method Dental is located on the +15 level of Gulf Canada Square. 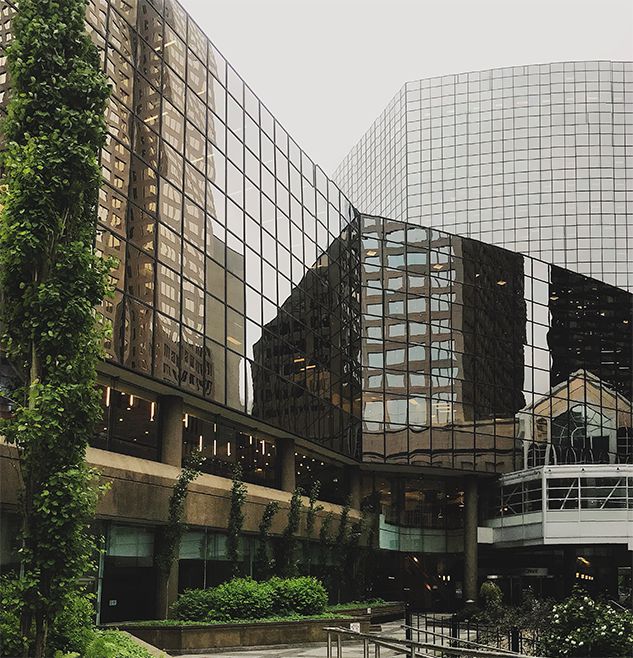 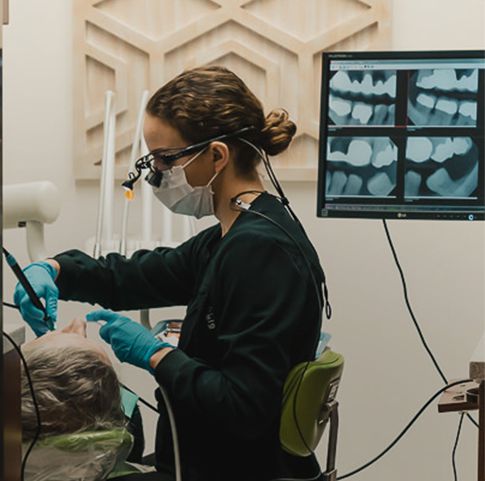 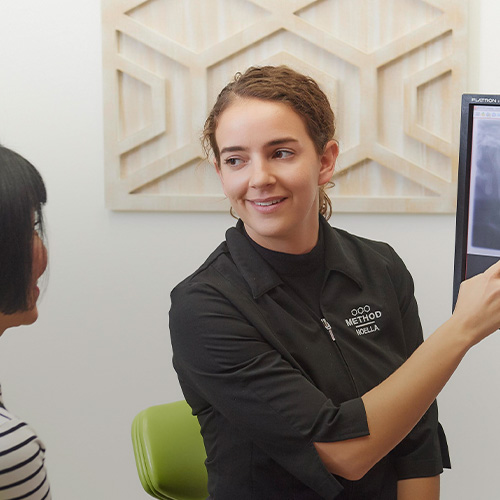 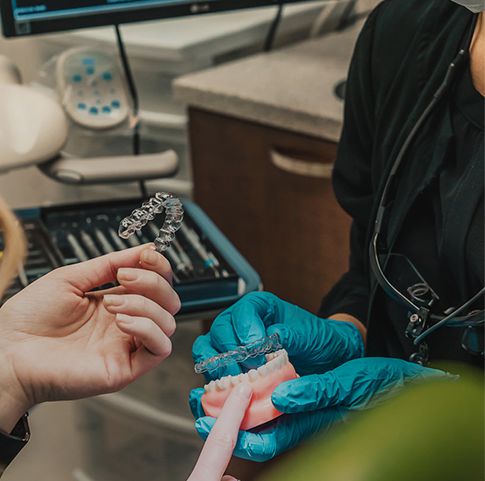